How Safe is the "4% Safe Withdrawal Rule"? 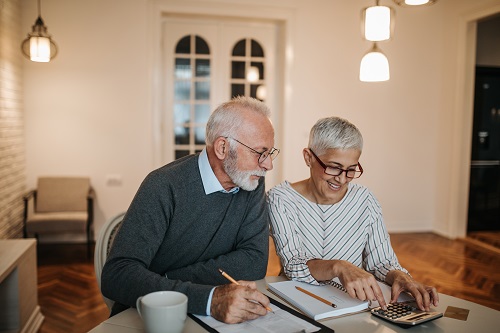 How Safe is the “4% Safe Withdrawal Rule”?

You did your research, you read a few best-seller personal finance books, and you kept current with retirement blogs and investment magazines. With this wealth of information, you realized that planning for retirement wasn’t really all that difficult—especially if you followed the “4% Rule.” All you need to do is calculate your annual spending limit as 4% of your beginning portfolio value, adjust it for inflation each year, and your portfolio should, by all accounts, be sufficient for a 30- or 40-year retirement.

Now, it’s been a few years since you’ve retired. A few great years of travel, recreation, taking on some volunteer projects, and spending a lot of quality time with family—making up for what felt like far too much time on the job. You’ve enjoyed the time since retirement, but have also become worried that you may have retired too early.

Everything went great the first year. The $80,000 you were “allowed” to take out of your $2,000,000 portfolio was more than enough when combined with your social security income. It was a good year in the market, too. You calculated that your investments gained more than 8%. The next year, you followed the 4% Rule, adjusted upward for inflation, and dutifully took just a bit more than $83,000 out of your portfolio, which had grown to $2,160,000.

But now, another year and a half has gone by, and the markets have been hurting. Your accounts have fallen 15% from their peak and are down $324,000! According to the 4% Rule, you’re supposed to be able to take $86,528 out of this new amount. That’s a withdrawal rate of more than 5%, and you’re only in your third year of retirement. The 5% withdrawal doesn’t sound like much more than 4%, but you quickly realize that it’s actually a 25% increase more than the initial 4%!

You’ve been thinking it through: how is it that just because you started your withdrawals when your portfolio was at a high of $2,000,000, you were able to take $80,000 per year out of your accounts? But if you had retired a few years later, when the markets were down, you’d only have been able to take out $64,800 ($1,620,000 * .04) annually from your portfolio—that’s a big difference! The more you think about it, the less comfortable you are with what had seemed to be the simple and rock solid 4% Rule.

Adding to your worry is your discussion with a friend. He’s a retired engineer who loves to dive into personal finance topics. He talked about how he built custom retirement spreadsheets, and mentioned that he’d recently read that the 4% Rule was developed during a period of significantly higher interest rates and probably isn’t applicable to what he referred to as today’s “5,000-year low interest rates.”

“Think about it,” he said, “it wasn’t that long ago that we could get good CDs paying 5% versus today’s 1%. Plus, in the early 80s, I was earning 10% in a money market account! The 4% Rule studies were done over a time period starting in 1970—the beginning of a period of very high interest rates—which made the 4% Rule look good. Times change though.”

The final piece that’s hitting you hard: your daughter was divorced a couple years ago, moved, and now says she’s concerned about the public schools where your grandkids are enrolled. She’d really like to send them to a “modest,” but high-quality, private school nearby. You know this would really stretch her budget, possibly even bust it. You’d like to help out, and your wife has already decided that you MUST help out…this is going to hurt. It’s only for a few years, but you hadn’t planned for this expense. In fact, to help pay for your grandkids’ school expenses and avoid violating the 4% Rule, you’d have to live on rice and beans.

You had never imagined that you’d actually amass an investment account worth $2,000,000, and now you can’t believe that it’s feeling like it isn’t enough!

The so-called “4% Safe Withdrawal Rate” test was originally developed by Certified Financial Planner™ and former aerospace engineer, William Bengen. Bengen’s concept was a great advance in retirement planning. Instead of saying “you’ll average a 10% per year return, so you can take out 7% per year, and you’ll be fine,” Bengen sought to study the impact of market volatility on retirement withdrawals. Time value of money calculations ignore a key and harsh reality: money doesn’t move in a straight line! Securities returns, interest rates, and inflation (not to mention taxes) will all fluctuate over the course of retirement when you spend assets for food, shelter, clothing, and fun stuff. Considering the natural risk/return trade-off in investment assets, the greater the average historical return, the greater the volatility in the investment/portfolio swings. This is great on the upside, but having to sell assets at depressed values can lead to a rapid depletion of investment values, leading to the phrase “you can’t eat average annualized returns.” Planning to withdrawal funds from a volatile portfolio over long periods of time has been termed “decumulation planning.”

Bengen backtested a basic “60/40” stock/bond portfolio to see how much money a retiree could withdraw annually from a portfolio and have it last through a retirement spanning decades, during both up and down markets.

These insights were valuable pieces that helped us see beyond the prevailing “money moves in a straight line” calculations, as well as the “never touch principal, only live off the interest” school of thought.

Early on, Bengen reran the numbers and determined that the number people should actually use is 4.5%, but nonetheless, the 4% Rule name stuck. I wonder how many early adaptor DIY retirees inadvertently missed that and shorted themselves a healthy raise?

The 4% Rule was an evolution in thinking about retirement income, and I’ve found it to be a helpful “back of the envelope” starting point, but it’s ineffective for several reasons:

If you’re looking for a simple DIY retirement distribution rule of thumb such as the 4% Rule, you might want to consider the IRS Required Minimum Distribution methodology, which would adjust your withdrawals each year for your current portfolio value and use an updated reasonable life expectancy.

“The 4% rule and its variants finance a constant, non-volatile spending plan using a risky, volatile investment strategy. Two of the rule’s inefficiencies—the price paid for funding its unspent surpluses and the overpayments for its spending distribution—apply to all retirees, independent of their preferences.”

Having studied the academic research and worked with retirees through the high-flying dot com days of the late 90s (the long and painful “tech-wreck”), the corporate scandal-ridden early 2000s, the stunning global financial crises of 2008, the many mini-crashes of the 2010s, and the subsequent recoveries, my conclusion is that the 4% Rule isn’t necessarily unsafe, but like the “bucket strategy,” it is likely suboptimal.

Most people will be planning for a retirement that spans decades. Retirement planning is best considered a process, not a product. While a point in time “plan” can provide a valuable baseline, ongoing “planning” will allow you to consider and adapt to the many changes that life, the markets, and the tax code are sure to bring! When planning for your retirement, there are some key processes to follow:

Login to the Cahill Client Vault or the Charles Schwab or Fidelity Websites.